A couple of weekends ago, I spent some more time wandering around Sunset Hill Cemetery in Valdosta, Georgia, looking for more relatives. This time, I “dragged” my sister Helen along (I don’t think she minded, though). After posting the photographs of my maternal great grandfather John Taylor (J.T.) Roberts and who I think are his brothers and father, I realized that I didn’t know where any of J.T.’s brothers, sisters, or his parents are buried. (Here’s my post about J.T.’s grave) One of my favorite things to do is to wander the cemetery. I know you genealogists, family historians, graveyard rabbits, and just-plain-interested-in-cemeteries kind of folks understand. Below are a few of the photographs that I took of some of the graves of my Roberts clan in Sunset Hill. 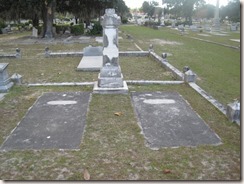 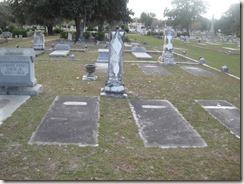 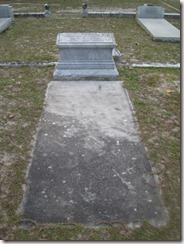 Also on the same lot as William and Margaret is their second oldest son (my great grandfather J.T. Roberts was their oldest son) William Patrick Roberts. His headstone reads: “William P. Roberts, May 3, 1855, Oct 22, 1922.” I don’t know if William was married. There is no wife buried next to him, and I haven’t researched his marital status. 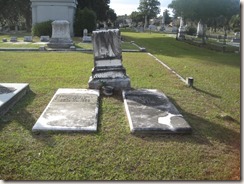 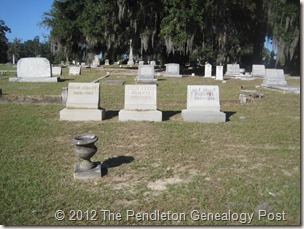 The two youngest children of William and Margaret were Martha (Mattie) Leona Roberts and Margaret Beulah Roberts. They were married to the same man, but not at the same time, of course (click on Mattie’s name for my previous post). They are buried with their husband Colquitt Strickland between them in Section C313, Block 13 in Sunset Hill. 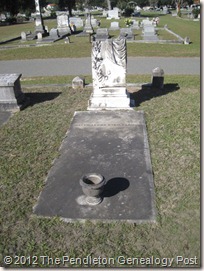 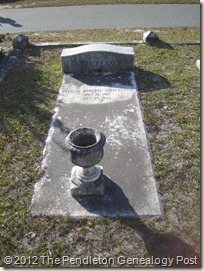 Next, the Youngs in Sunset Hill.

**Update: My first cousin Charlie found Elizabeth Roberts and James Taylor Giddens listed on findagrave.com in Sparks (click on their names to go to their memorials). I could have sworn I checked this website, as it’s one of my “go to” places, but apparently I didn’t! Thank goodness for cousins who check behind me!

Posted by Catherine Pendleton at 10:25 PM

Email ThisBlogThis!Share to TwitterShare to FacebookShare to Pinterest
Labels: Roberts