A few weekends ago, my sister Helen and I went on the hunt for relatives in Sunset Hill Cemetery (in Valdosta, Georgia). As I noted in my previous post, I realized that I didn’t know where any other maternal Roberts relatives were buried except for those I visited on a regular basis. I also didn’t know where my maternal Young relatives were buried except for my great grandmother Catherine (Kate) Margaret Young (1855-1929), wife of John Taylor Roberts. I wanted to know where her parents and siblings are buried, so while my sister and I were at Sunset Hill Cemetery, we located some of the Young clan.  (Click on each photo for a larger view.) 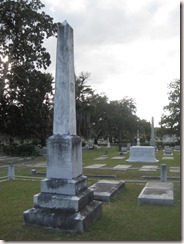 This monument has YOUNG engraved on the side facing the main cemetery road. The two graves in the background are my maternal second great grandfather Remer Young (1826-1888) and his second wife Sarah Frances Goldwire (1838-1907). His first wife, Mary Barry Wyche (1827-1861), was my second great grandmother. My Pendleton/Young cousin Alan referred me to a website that notes that Mary is buried in the Wyche family cemetery on Millpond Plantation in Thomas County, Georgia.

The side of the monument facing forward in the photograph says: “John R. Young, April 7, 1856. Nov. 18, 1906. He was devoted to duty and the good of others.” He was the youngest son of Remer Young and Mary Barry Wyche (see below). Unless otherwise noted, these graves are in Section A205 Block 21 of Sunset Hill Cemetery. 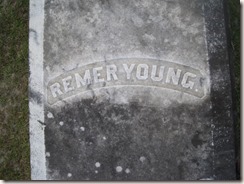 Close-up of the engraving on my maternal second great grandfather’s gravestone. It simply says “Remer Young.” The side of the marker facing his grave in the above photo reads: “Remer Young, April 5, 1825, April 21, 1888. An honest man is the noblest work of God.” 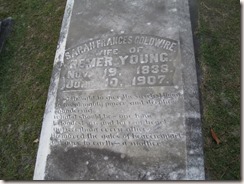 Close-up of my great grandfather Remer’s second wife’s gravestone.  It reads: “Sarah Frances Goldwire, wife of Remer Young, Nov. 19, 1838, June 10, 1907. God thought to give the sweetest thing, In his almighty power, and deeply pondering, What it should be—one hour, In fondest joy and love of heart, Outweighing every other, He moved the gates of heaven apart and gave to earth—a mother.” 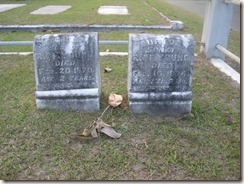 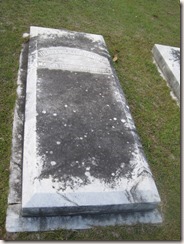 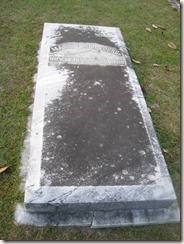 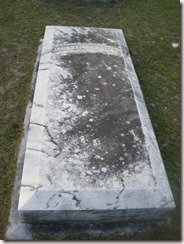 This is the gravestone of John Remer Young (see the transcription for him on the monument noted above), the youngest son of Remer Young and Mary Barry Wyche. It reads: “John Remer Young.” According to The Young Family of Georgia, John was a bachelor.[1] 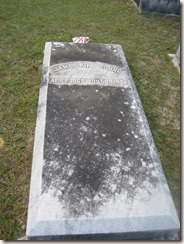 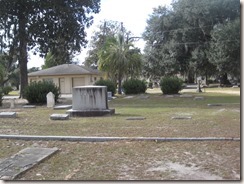 Remer and Mary’s oldest daughter Susannah (Sudie) Elizabeth Young is buried with her husband Jeremiah Berry Jones in Section C302, Block 2 in Sunset Hill Cemetery (that’s the cemetery office building in the background). The large marker in the middle of the plot says “Jones.” Their gravestones are to the right of the marker (see photos below). 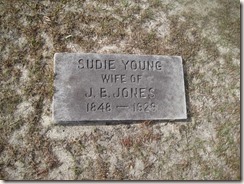 This is the grave of Susannah Elizabeth Young on the Jones plot in the above photo. Her headstone reads: “Sudie Young wife of J. B. Jones, 1848-1929.” 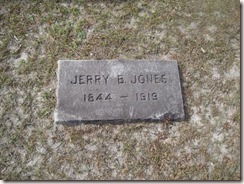 This is the headstone of Susannah’s husband Jeremiah Berry Jones in the Jones plot in the above photo. It reads: “Jerry B. Jones, 1844-1919.” 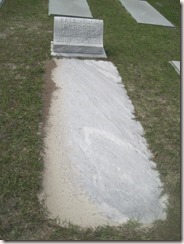 This is the grave of my maternal great grandmother Catherine (Kate) Margaret Young, the youngest daughter of Remer Young and Mary Barry Wyche. Her headstone reads: “Kate Young Roberts, Jan. 25, 1855, June 24, 1929.” She’s buried with her husband John Taylor Roberts and eight of their nine children in Section E110, Block 7 of Sunset Hill Cemetery.

Remer and Mary’s oldest child was Thomas Wyche Young (1847-1870). I haven’t located his grave, and he’s not listed in the Sunset Hill Cemetery online interactive map. He may be buried in the family cemetery on Millpond Plantation in Thomas County, Georgia. Mary Lawson Young (1851-1938), the second oldest daughter of Remer and Mary, is buried in the Bryn Athyn Cemetery in Bryn Athyn, Pennsylvania, with her husband William Frederic Pendleton (my paternal great grandfather’s brother). See findagrave.com for her memorial. Her gravestone reads: “Mary Lawson Young, wife of W.F. Pendleton, September 27, 1851, December 31, 1938.” The third oldest daughter of Remer and Mary, Sarah Hannah Young (b. 1853), is probably buried in Phoenix, Arizona. She was married to Henry C. Peeples in 1880.[3] He died in 1905 in Valdosta, Georgia, and is buried in Sunset Hill Cemetery (see his grave below).[4]  Hannah (the name she went by) was living with their daughter Allene Peeples Stine in Phoenix, Arizona, by the 1920 census and died in Phoenix, Arizona, on March 17, 1936.[5, 6] 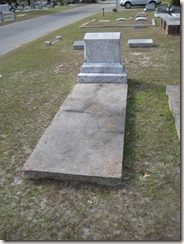 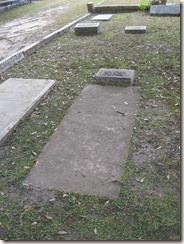 I haven’t found a death record for Coma, but some family trees on ancestry.com give her death as 1957 in New York. Her son William B. Fender was living in New York by the 1940 census, so it’s possible she moved to New York to live with her son after the death of her second husband and died there.[8] America (Mec) Young married James Waddy Austin on November 2, 1908, in the home of her sister and brother-in-law Coma Young and William B. Fender in Valdosta, Georgia.[9] Mec and James lived in Atlanta, Fulton County, Georgia. Mec died there on 14 April 1974.[10] She may be buried in Atlanta, but I haven’t found her burial place yet.

Looking for the graves and burial places of my Roberts and Young relatives has offered me the opportunity to learn more about them than I knew before, which was actually next to nothing, except for my great grandparents John Taylor Roberts and Catherine (Kate) Margaret Young. I already knew a bit about Kate’s sister Lawson Young because she married my paternal great uncle and provided me with some double cousins (my Pendleton/Young cousins). My dad stayed in touch with a few of them over the years, and now I’m in touch with some of those double cousins of my own generation.

The next thing I’d like to do is visit Millpond Plantation in Thomas County to find the graves of Mary Barry Wyche and Thomas Wyche Young. Road trip!

Posted by Catherine Pendleton at 6:32 PM

Email ThisBlogThis!Share to TwitterShare to FacebookShare to Pinterest
Labels: Young