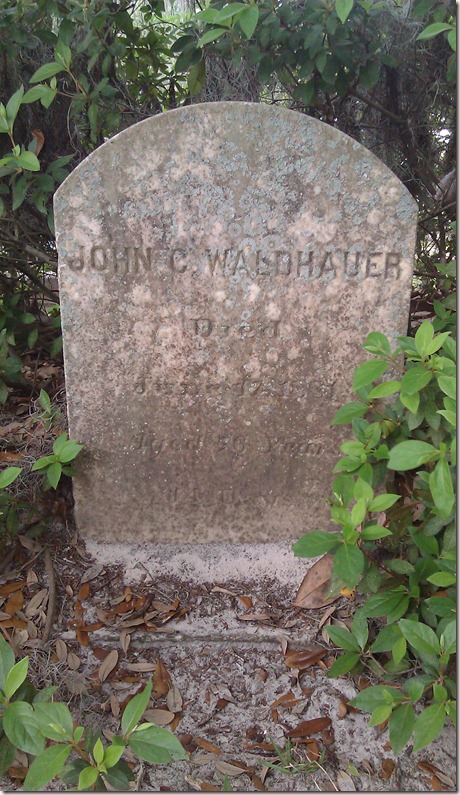 This is the gravestone for John C. Waldhauer in Sunset Hill Cemetery in Valdosta, Georgia. John was the brother of my paternal second great grandmother Elizabeth (Waldhauer) Dasher. He’s buried in Section C308, Lot 12 near Elizabeth and her husband Christian Herman Dasher, and he is next to his and Elizabeth’s brother Israel Waldhauer. The date on the gravestone is hard to read but it looks like 1861. It can’t be any earlier as Sunset Hill Cemetery wasn’t established until 1861, and this is the year of the first burial. Below that, it looks like it says John died when he was 76 years and 14 days old which would make his birth year 1785. I have it as 1787 in my family tree, but I haven’t been able to verify it.

Catherine
Posted by Unknown at 12:23 PM