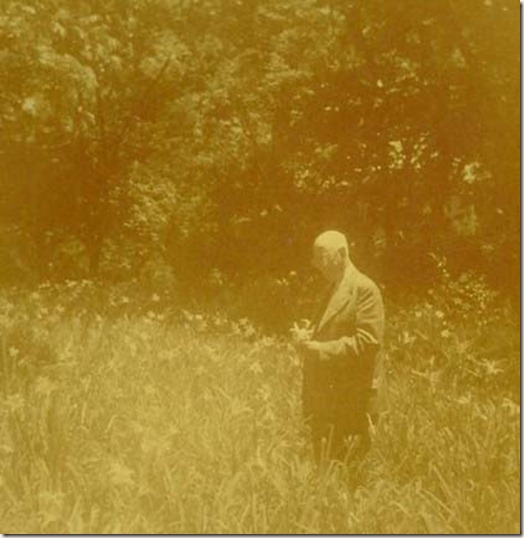 This is my maternal Great Uncle Leland Roberts (1884-1964) in his garden on a bright, sunny, south Georgia day.  He was my grandmother Leona’s oldest brother. We called him Uncle Big Bubba and he lived in the Big House!  Actually, he lived next door at his sister Kathleen Roberts Winn’s house but ate his meals at the Big House (the J. T. Roberts house).  I remember him sitting by himself at the table by the window in the dining room while his sisters Margaret Roberts Graham and Dinah (Mary Remer) Roberts Parramore, niece Mary Remer Parramore, his brother-in-law Redden Parramore, and whoever else came to dinner (like my parents) sat at the dining table (us kids sat at the kids table).  He used to come out and swing in the porch swing with us kids after Sunday dinner.  I loved to visit with Uncle Big Bubba!