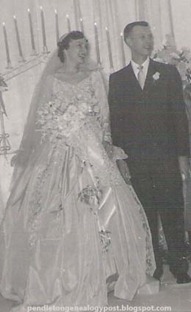 Today is my parents 58th wedding anniversary.  I wish my dad was here to celebrate it with my mom.  My parents were married on October 15, 1953, at my mom’s childhood home and where my dad proposed—at the Big House (J. T. Roberts House) in Valdosta, Georgia.  After their wedding, an article by Elizabeth Ashley in the Social Activities section in the Valdosta Daily Times proclaimed “Of paramount interest is the wedding of Miss Leona Roberts Redles, daughter of Mrs. William Liming Redles and the late Lt. Col. W. L. Redles, U.S. M.C., to Albert Sidney Pendleton, Jr., son of Mr. and Mrs. [Helen] Albert Sidney Pendleton Sr. of Valdosta.”  (I only have a partial copy of the article with no date or page number.  I found it in the paper piles in my dad’s office.)  My mother’s sister Catherine was maid of honor, and Edith Roberts, Mary Remer Parramore, and Laurie White were bridesmaids.  My dad’s brother Billy (William F.) was his best man, and Charles C. Joyner, Pendleton Little, and Mac (S. D.) McClure were ushers.  Dr. T. Baron Gibson officiated.  The bride and her entourage descended the stairs in the entrance hall and met the groom and groomsmen who were waiting at the satin-draped altar in the parlor.  Uncle Bubba (Leland Roberts) gave the bride away.

In 2003, I flew down for their 50th wedding anniversary party that was held at the Big House.  At that time, my dad was in a wheel chair because of the progression of the Parkinson’s disease that was taking over his body.  He planned for months and had definite ideas of what he wanted for this celebration of their marriage.  I think my mom pretty much gave him free rein.  Hundreds of friends and family attended on that beautiful fall day in October.  I walked across the street and took a photograph while my dad was sitting on the porch.  I think he was taking a breather from the crush of people inside while my mom was still chatting away with guests. 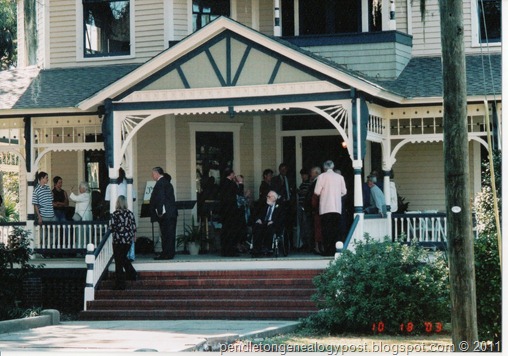 Happy Anniversary, Mom and Dad!  We miss you Daddy! 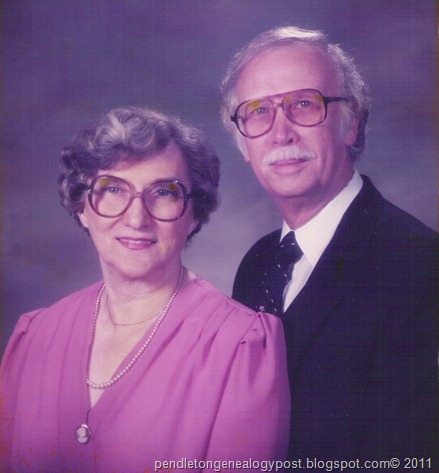 Posted by Catherine Pendleton at 11:49 AM