Lorine McGinnis Schulze at Olive Tree Genealogy has challenged us to keep a weekly journal of our own memories in 52 Weeks of Writing our Memories for our future generations. I'd been thinking of writing down some things that I remember from my childhood before I forget more of it, so this will be a good way to do that! I'm three weeks behind, so I'll try to catch up. I had already written a post describing my kindergarten in "Miss Emma's Kindergarten" about a year ago, but I thought I'd see what else I remember and if I can find any more photos.

I couldn't find any other kindergarten photographs, but here's one from the year I started kindergarten in 1959. 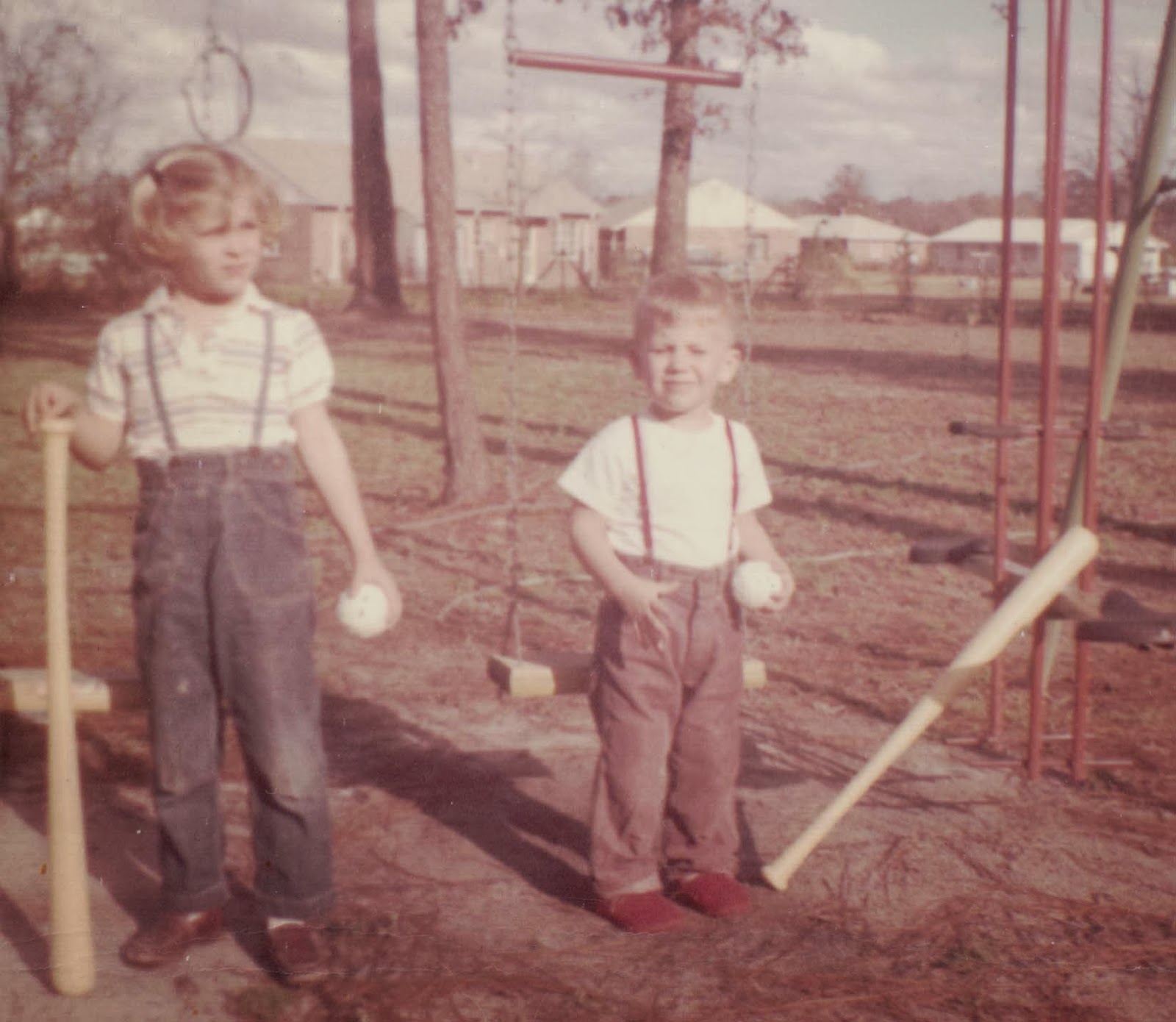 This is my brother Andy and me in our Saturday "play clothes." It looks like we've been playing softball. Today, you can't even see the houses in the back. What a difference several decades make!

I remember swinging on the swings, taking naps on a towel that had my name on it, being picked up from class by my mother. I remember the house where class was held and playing in the backyard where the swings were. It seems that there were kids everywhere. Sometimes I stayed over for lunch, but usually I went home when class was over. Kindergarten was when I had my first known encounter with Jim Crow, separate but [supposedly] equal. Coming back from a field trip, our bus stopped at the local Dairy Queen. One of my classmates and I were thirsty, so we sought out the water fountain. There were two: one was marked "Colored" and the other was marked "White." We thought it meant the water in the "Colored" fountain was rainbow colored. We were surprised to find that the water in the "Colored" fountain looked the same as the water in the "White" fountain, and we puzzled over why that was. When my mother picked me up from kindergarten that day, I told her about it. I don't remember if she explained what it meant, but she must have because whenever I looked back on it growing up, I knew why there were separate fountains.